Reportage
September 30, 2022
This year's event was held as part of Italian Tech Week, under the patronage of the Italian Tech Alliance. 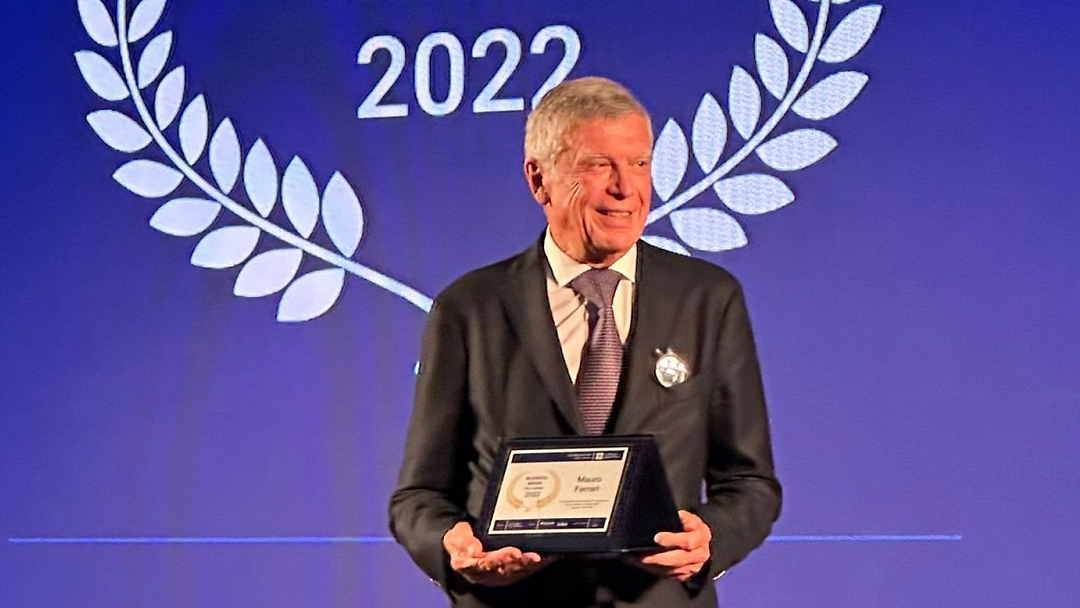 The final of the sixth edition of the Business Angel of the Year 2022 Award, the main event in Italy dedicated to angel investing organised every year by the Club degli Investitori with the sponsorship of KPMG and UniCredit, this year took place during Italian Tech Week, under the patronage of the Italian Tech Alliance.

Mauro Ferrari won the title of "Italy's Best Business Angel 2022": according to the Award jury, he is the best startup investor of the year. A business angel career full of success stories thanks to his investment in innovative companies such as Directa Plus, Genenta Science, D-Orbit, Satispay, newcleo in which he has believed and supported in their growth.

The award ceremony took place during the final of the sixth edition of the Business Angel of the Year Award, and the winner was voted by the jury, made up of leading venture capitalists, live during the event, after attending the presentation of the four business angel finalists: Mauro Ferrari, Veronica Mariani, Emanuele Preve and Michele Marzola..

Mauro is a manager and entrepreneur who began his career through an important experience in the De Benedetti Group, managing various companies in the Gilardini Group and the entire CIR Group. In 1982 he began his entrepreneurial career by founding Vallko, a manufacturer of sunroofs for the automotive industry, which later became a joint venture with the world leader Webasto AG.

Mauro Ferrari, winner of the Business Angel of the Year 2022 Award, said: "It is a great honour to be recognised with this Award for an activity that I started ten years ago with the aim of giving back to society a part of what I have been able to achieve through my career. Furthermore, it is a great satisfaction to know that I have helped innovative entrepreneurs realise their dreams, as I have done. Every business angel's wish is to see the projects they worked on go public or become unicorns: I consider myself lucky because Directa Plus has listed on AIM London, Genenta Science is the first Italian company on Nasdaq and Satispay announced today that it has become a unicorn".

Giancarlo Rocchietti, President of the Club degli Investitori, said: "The success of the Award testifies to the growth of Venture Capital in our country. Entrepreneurs are facing more and more global challenges and angels contribute with their skills and contacts, as well as money".