News
September 8, 2022
With its new edition, Italy's most prestigious tech conference, organised by the GEDI group, returns once again to animate the city where it was born in 2019. 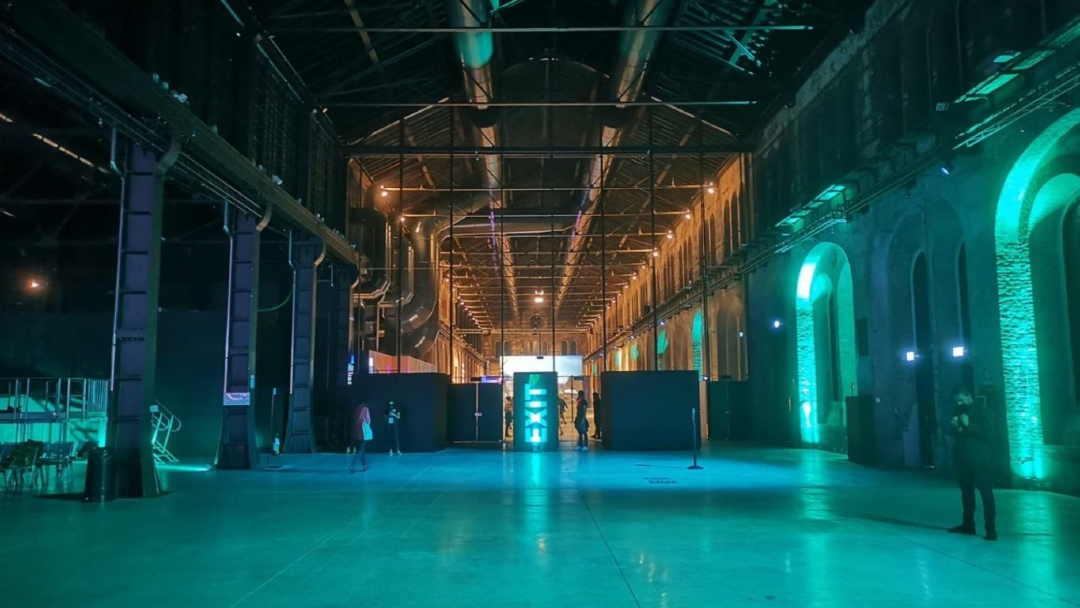 Italy's biggest event on innovation, technology and startups returns to OGR Torino on 29 and 30 September, after the huge success of the 2021 edition. During Italian Tech Week 2022 Italian Tech Week 2022, more than 150 speakers from all over the world will gather, and eight plenary sessions, ten thematic panels, sixteen masterclasses to learn about innovation from the protagonists, and three major competitions will be held for the first time within the event, such as the GammaDonna award, the PNI 'Startup of the Year' award, and the Business Angel of the Year award from the Club degli Investitori. It is a moment of encounter with so many protagonists of innovation in our country, who have contributed to make Italy a place where it has become easier to create a successful startup. Like last year, in addition to the four stages, there will also be an expo zone where you can discover and try out new technologies and take part in a digital art exhibition.

Space will be given to Italian startups during the plenary session on 29 September: the day will be opened by Francesca Bria, President of CDP's National Innovation Fund, and she will be followed by Diego Piacentini, Chairman of Exor Seeds, and Yoram Wijngaarde, CEO of Dealroom, who, like last year , will document the growth of the Italian ecosystem compared to the rest of Europe with the aid of data. On stage, with their own success stories, will be Loris Degioanni of Sysdig (San Francisco), Francesco Simoneschi of Truelayer (London) and Simone Mancini of Scalapay (Milan).

The event's special guest will be Patrick Collison, CEO and Co-Founder of Stripe, who will participate in a fireside chat with John Elkann, at the end of the morning session on 30 September. Earlier in the morning, co-founders of three highly successful European startups will speak, such as Bitpanda, GoStudent and Swappie, and European Commissioner Thierry Breton.

This year Italian Tech Week grows with the Tech4Good vertical, which will tell the stories of people who are trying to improve the world using technology. The first speaker will be Roberto Baldoni, Head of the National Cybesecurity Agency. This will be followed by Afghan Roya Mahboob, who founded a robotics school for girls in her country, and Ukrainian Anna Petrova, head of the Ukrainian Startup Association. And again, from Bosnia, scientist and MIT Associate Professor Admir Masic Admir Masic, who has created a platform to offer refugees educational content from the university he works for. In closing, Alberto Parrella, who is studying mechanisms in Twitter to improve the quality of conversations, and Massimo Moretti who is using space technology in Romagna to create a prototype of a completely self-sufficient house.

In the afternoon of the second day, will be told some "stories from the future". Opening the sessions the science-fiction writer Ada Palmer , followed by the world's fastest autonomous driving, realised at the Politecnico di Milano by Sergio Savaresi, NASA and the alien invasion prevention laboratory in which Giuseppe Cataldo works. Also in the afternoon, Stefano Buono, CEO of newcleo, will present the first plant for a new type of nuclear energy his company is working on. Simone Severini, from Amazon, will talk about the technology and the study that his team is conducting to create a quantum computer. And again Peter Ternstrom, who will tell how a drone could change the way we move in the future, Serena Tabacchi and the new frontiers of digital art and Christian Cantamessa who will talk about Multiverse. In the spaces of the OGR Cathedral, meanwhile, artificial intelligence, space, metaverse, manufacturing, climate tech, gaming, influencers, edTech, smart mobility, NFT and sports tech will be discussed.

Space will also be given to the Italian Tech Academy, the training course realised in collaboration with Talent Garden starting in the autumn, which during the event will realise sixteen 50-minute masterclasses in which big names in innovation will hold interactive lessons.

OGR Tech will also host the annual event of the Club degli Investitori, which will award the Business Angel of the Yeara gathering of the Italian Tech Award with the 30 early-stage startups selected by Cristiano Seganfreddo and the team of 2031, the meeting of the Italian Tech Alliance, InnovUp and Endeavor communities, the GammaDonna award, for the best female-led startup of this year, and the awarding of the "Startup of the Year" according to the network of university accelerators and incubators of the National Innovation Award.

To attend in OGR Turin at Italian Tech Week 2022, discover the innovators who are improving our future and be a protagonist of change, you can book your place for free, subject to availability.